Viviane Sassen’s exhibition ‘In & Out of Fashion’ 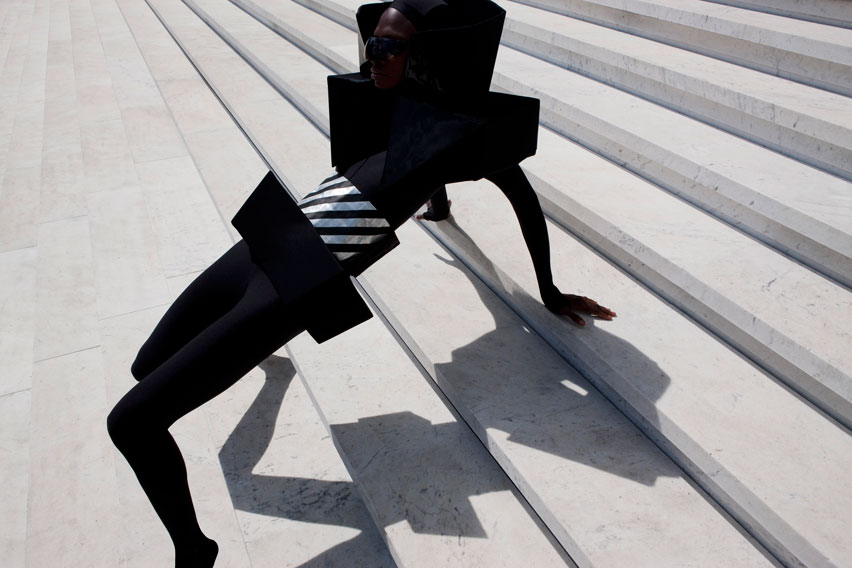 Viviane Sassen's ‘In & Out of Fashion’ will be presented as part of the SCAD’s 5th edition of deFINE Art program from February 18-21, 2014. The exhibition will be on view until May 4 at the museum’s André Leon Talley Gallery.

Viviane Sassen’s ‘In & Out of Fashion’ will be presented as part of the SCAD’s 5th edition of deFINE Art program from February 18-21, 2014. The exhibition will be on view until May 4 at the museum’s André Leon Talley Gallery.

In this installation conceived for the SCAD Museum of Art, Amsterdam-based photographer Viviane Sassen experiments with bringing elements from her staged photography (mirrors, collage, tape, color filters) into the museum space. The intricate layering of lights and images reflects Sassen’s bewildering language, with its intertwined bodies, sculptural compositions and abstract forms. Her fashion photography is marked by innovative strength and surreal beauty.

The collaboration with a team of stylists, art directors, models and makeup artists creates the conditions for a creative playground, a “laboratory” in which Sassen pushes the limits of conventional forms and colors, subverting fashion’s prevailing codes and conventions. Models’ limbs are cut out, merged into the background or turned into amorphous tangles; deep color patches make innocuous images otherworldly. The projection of these bold compositions onto mirrors and walls at various angles, with disregard to the constraints of gravity, makes the riddles in Sassen’s images even more complex.

Viviane Sassen, born in 1972, studied fasion design and photography before receiving an MFA from Ateliers Arnhem in the Netherlands. Some of her earliest memories are of life in Kenya, where she spent three years as a child. Ten years later Sassen revisited Kenya, and she has been traveling and working in Africa ever since. She made Parasomnia, one of her well-known bodies of work, in a number of intentionally unidentified African countries, featuring anonymous subjects. The intuitive way in which Sassen approaches her subjects is entirely personal, independent of other examples or reference frameworks. She often seeds the body as a sculpture, and concepts of revelations and concealment help to create the riddles in her images. Sassen makes effective use of the mystery of shadow and the flamboyant expressivity of colour. In 2007 Viviane Sassen was awarded the Prix de Rome and in 2011 the ICP Infinity Award for Applies and Fashion Photography. Besides being much lauded for her independent photographic art, Sassen is also a prominent fashion photographer who had produces campaigns for fashion houses such as Carven, Stella McCartney-Adidas and Missoni, and editorials for magazines such as Numero, Double, Another Magazine and Dazed & Confused.

Listen to this 5 minute interview with Viviane Sassen recorded at her opening of ‘In & Out of Fashion’ at Huis Marseille in Amsterdam.