Through January 28, Mnuchin Gallery presents a Chamberlain / De Kooning exhibition with sculptures by John Chamberlain and paintings by Willem de Kooning. While art historians have long noted Chamberlain’s close ties to Abstract Expressionism and the influence of de Kooning’s imagery on his work, this will be the first exhibition to focus specifically on the visual dialogue between Chamberlain’s oeuvre and de Kooning’s late paintings of the 1970s and ’80s. Chamberlain’s sculpture famously translates the energy, gesture, and action-based processes of Abstract Expressionism into three-dimensional forms. Chamberlain was deeply influenced by the Abstract Expressionist painters, particularly by de Kooning. He recalled discovering a group of de Kooning’s new paintings as early as 1950 while a student at the Art Institute of Chicago, and would go on to follow de Kooning’s work throughout his career, spending time with the artist at the Cedar Tavern during the late 1950s and attending his openings at the Fourcade Gallery through the 1980s. When viewed side by side in this exhibition, the deep affinities between the two artists’ works become truly apparent. The exhibition brings together twelve sculptures by Chamberlain representing two distinct moments in his career.

The seven de Kooning paintings in the exhibition similarly represent two iconic bodies of de Kooning’s late work. On view will be four major examples of de Kooning’s abstract landscape paintings from the 1970s, including Screams of Children Come from Seagulls (1975), in which the artist’s vibrating strokes of bright blues and flesh pinks evoke the sea, sand, and coastal light of East Hampton. Also on view will be a group of paintings from the 1980s, the final chapter of de Kooning’s career in which his richly impastoed canvases of the preceding decade are transformed into spare, luminous compositions in which ribbons of color ripple and curve across pale, ethereal backdrops. When seen alongside one another, the crevices contained in Chamberlain’s crumpled sheets of painted enamel evoke the layered folds of color in de Kooning’s canvases of the ’70s, while the gleaming, rounded curves of the sculptor’s bent fenders echo the smoothly arcing lines of the painter’s ’80s works. This exhibition celebrates the resounding resonance of color and energy between these sculptural and painterly forms. 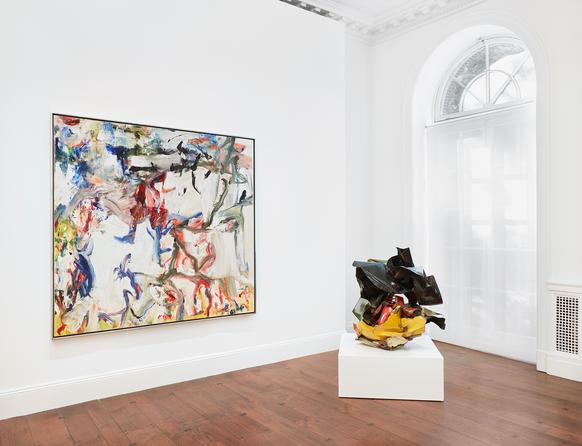 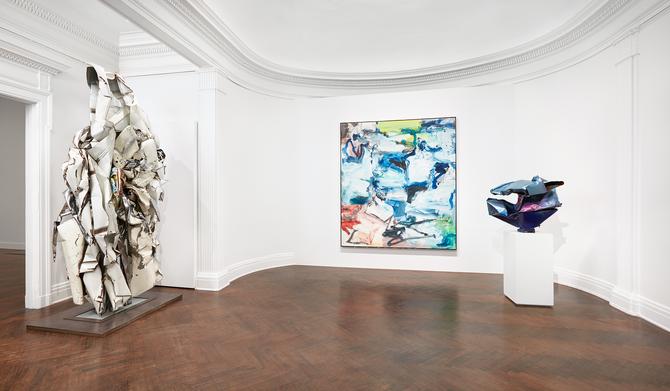 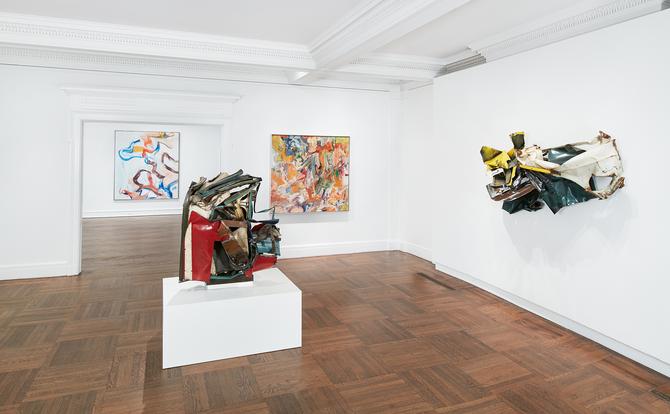 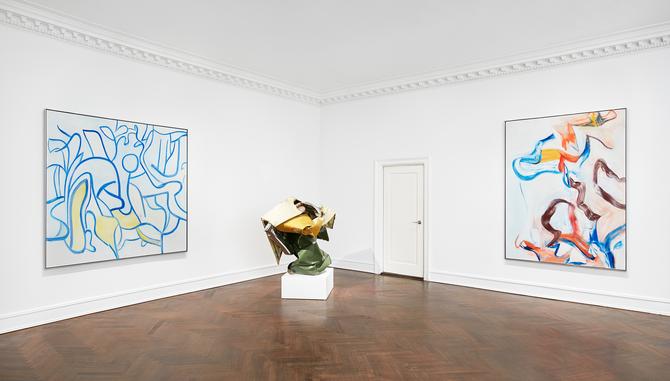 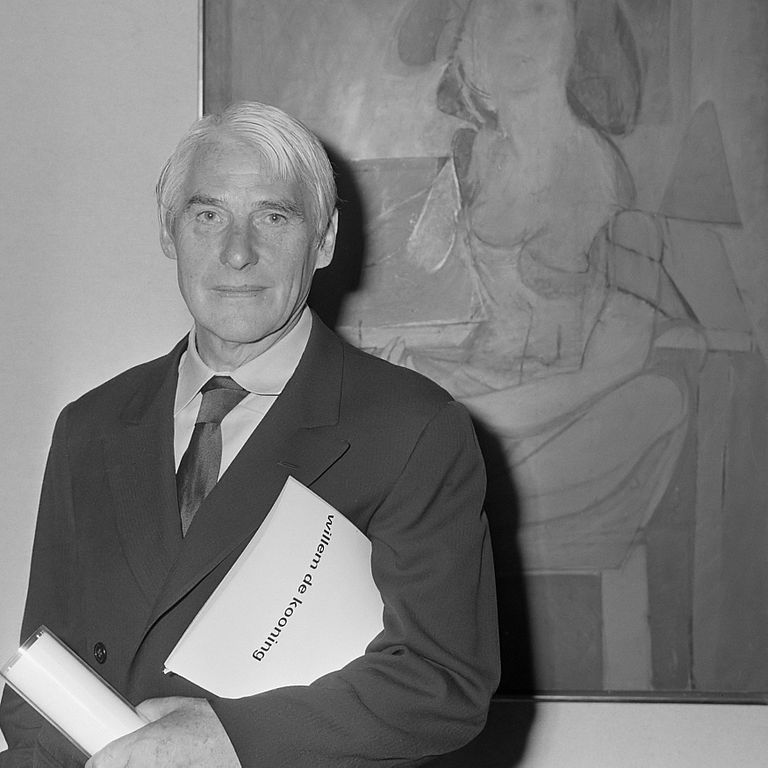 Mnuchin Gallery is located in the historic five-story townhouse at 45 East 78th Street on Manhattan’s Upper East Side and is dedicated to presenting museum-quality exhibitions of postwar and contemporary art. Owner and founder Robert Mnuchin, whose passion for the arts developed through his childhood and his longstanding career in the financial sector as the head of the trading desk at Goldman Sachs, began a successful second career as an art dealer in 1992, co-founding C&M Arts in 1992, and the bi-coastal operation, L&M Arts, in 2005. In 2013, the gallery was renamed Mnuchin Gallery under the direction of Robert Mnuchin and Sukanya Rajaratnam. Michael McGinnis joined the gallery as partner in March 2016. Mnuchin Gallery carries on the tradition of presenting thoughtfully curated, carefully researched exhibitions, documented with scholarly publications.