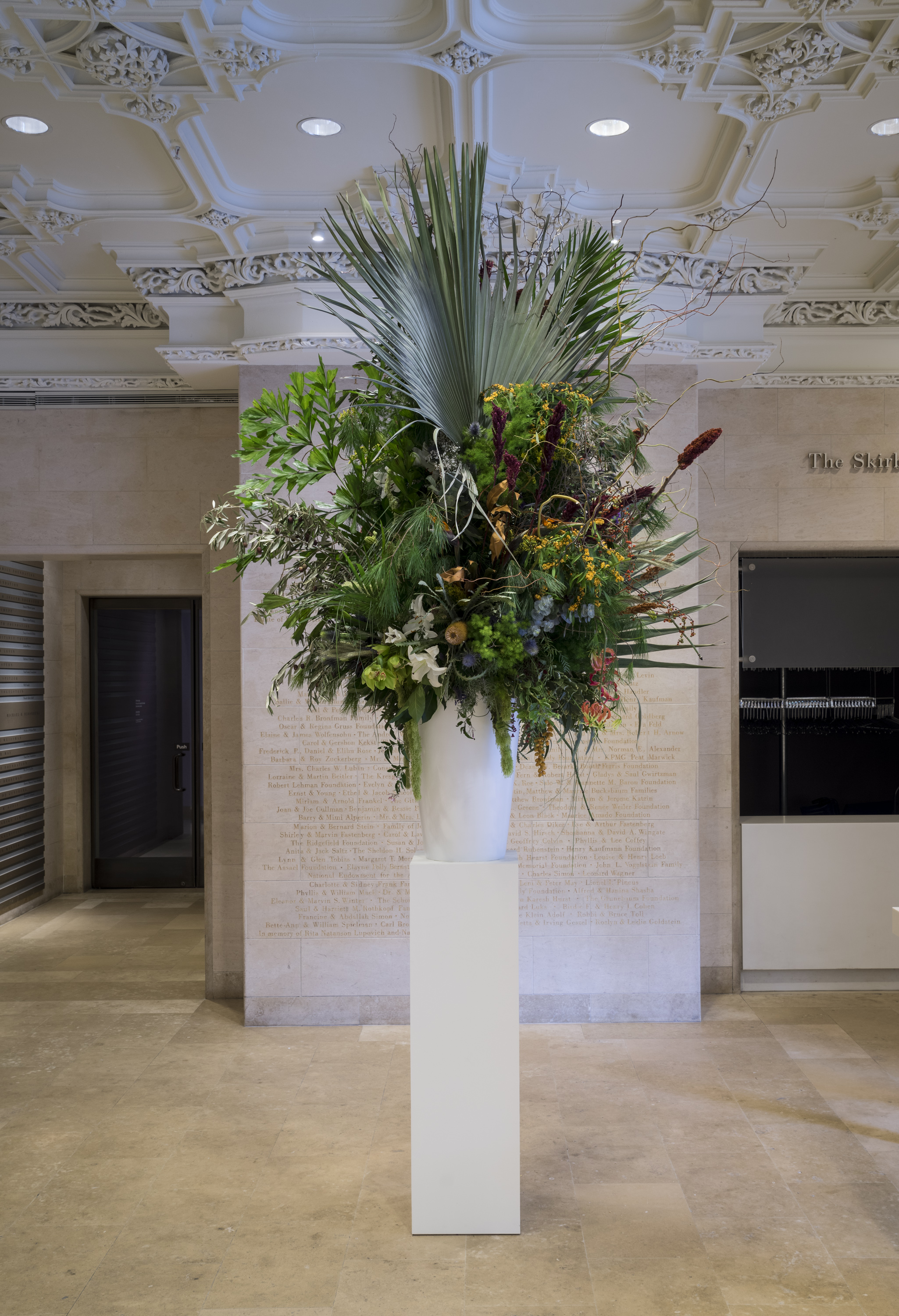 The Henry Art Gallery presents ‘Bouquet XI‘ by Willem de Rooij from May 9 to August 10.

Composed of flowers originating from the Middle East, Bouquet XI (2014) by Dutch artist Willem de Rooij (Netherlands, born 1969) occupies the Henry’s Test Site starting in May. The exuberance of the bouquet, which is created in collaboration with a local florist, is counterbalanced by an abundance of allergens produced by the flowers that allude to the complex history and conflicts in the Middle East.

Born in Beverwijk, the Netherlands, de Rooij’s floral sculptures are a playful, if rigorous, nod to Holland’s role as a major hub in the international flower trade, and the tradition of Dutch floral still-life painting. The artist lives and works in Berlin.

Willem de Rooij studied art history at the University of Amsterdam (1989 – 1990), and art at the Gerrit Rietveld Academie (1990–95) and at the Rijksakademie (1997-1998), both in Amsterdam. He worked in collaboration with Jeroen de Rijke from 1994 to 2006, as De Rijke/De Rooij. Together with De Rijke he mounted major exhibitions at K21, Düsseldorf in 2007, and at the Museo d’Arte Moderna di Bologna in 2008, and they represented The Netherlands at the Venice Biennale in 2005. He taught at De Ateliers in Amsterdam from 2002 – 2014 and is a Professor of art at the Städelschule in Frankfurt am Main, Germany since 2006. In 2004, De Rooij began to include works of other artists in his own artworks. For example, his film Mandarin Ducks was shown at the Stedelijk Museum in Amsterdam in 2005 within the context of objects and artworks from the Museums’ collection. In 2007, de Rooij made two installations in which he included the work of artists Isa Genzken, Keren Cytter and designer Fong-Leng, one at Galerie Chantal Crousel in Paris named “The Floating Feather” and one at Galerie Daniel Buchholz in Cologne named “Birds in a Park”.His 2009 installation ‘Birds’ that was shown at Cubitt Artists in London, included amongst others works by Dutch artist Vincent Vulsma. Since 2002, De Rooij has been making sculptures made of flowers, the ‘Bouquet’-series.

Describing de Rijke / de Rooij in an introduction to a portfolio of their work published in Artforum in 2008, art historian Pamela M. Lee states that in their work they trace “the recursive economy of the image: its affective power, its capacity to seduce and organize perception, and its mediation of time and subjectivity.” In 2010, Willem de Rooij showed an installation titled Intolerance at the Neue Nationalgalerie in Berlin,combining 18 works by Melchior d’Hondecoeter with a selection of 18th-century Hawaiian featherwork. Speaking to Dieter Roelstraete in an interview published in the journal Afterall, de Rooij has said, “The very notion of ‘representing’, of ‘imaging’, is what my work is most deeply concerned with.”

A museum of contemporary art and ideas, Henry Art Gallery offers access to provocative and groundbreaking exhibitions by an international roster of emerging and mid-career artists of note. We are known for taking risks and for allowing space for uncertain outcome and unexpected connections. The only museum dedicated contemporary art in our region, we anticipate the conversations and opinions that will be important and relevant in the field. The Henry offers a platform for daring new ideas and experiences in contemporary art and culture.