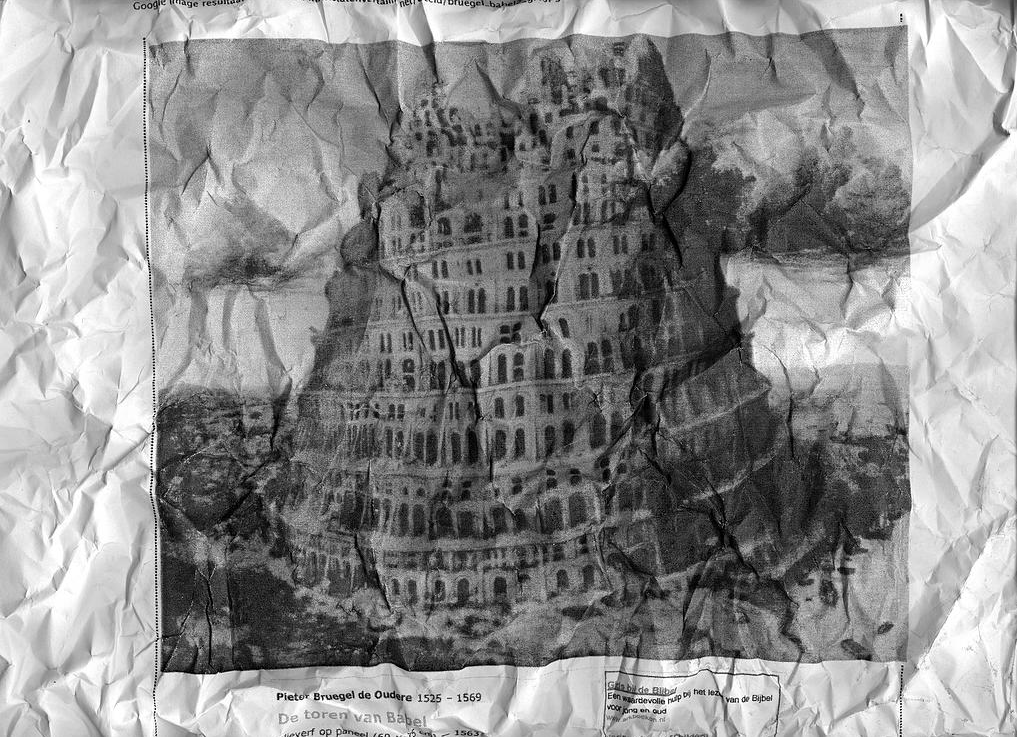 Willem Oorebeek shows work in Yale Union from May 30 until July 29 with two central series: The Vertical Club and Blackout.

Willem Oorebeek shows work in Yale Union from May 30 until July 29 with two central series: The Vertical Club and Blackout.

Willem Oorebeek is a printer, and like all printers, he repeats himself. In a series of repetitive exhibitions, Oorebeek has become a model–not a template, but a model–for how artists can amplify the gains and losses that occur when works of art are reproduced. His shows end up oddly similar[1]; indistincton is prioritized as he continues long term printing procedures. These recurrences might bug some people, but Oorebeek is onto something: He has turned his own output into a kind of archive wherein individual images matter less than their relations, sequencing, and formats do. The emphasis is not only on producing images, but on organizing them and thematizing how they circulate. How to explain, in a culture frantic for novelty, that exhibitions can stay virtually the same and remain mysterious?[2] Do you recall Jason and the Argonauts? It is probably not so different from the story of their ship, the Argo.

“A frequent image: that of the ship Argo (luminous and white), each piece of which the Argonauts gradually replaced, so that they ended with an entirely new ship, without having to alter either its name or its form. This ship Argo is highly useful: it affords the allegory of an eminently structural object, created not by genius, inspiration, determination, evolution, but by two modest actions (which cannot be caught up in any mystique of creation): substitution (one part replaces another, as in a paradigm) and nomination (the name is in no way linked to the stability of the parts): by dint of combinations made within one and the same name, nothing is left of the origin: Argo is an object with no other cause than its name, with no other identity than its form.” (Roland Barthes by Roland Barthes, trans. Richard Howard. University of California Press, 1994: 46.) 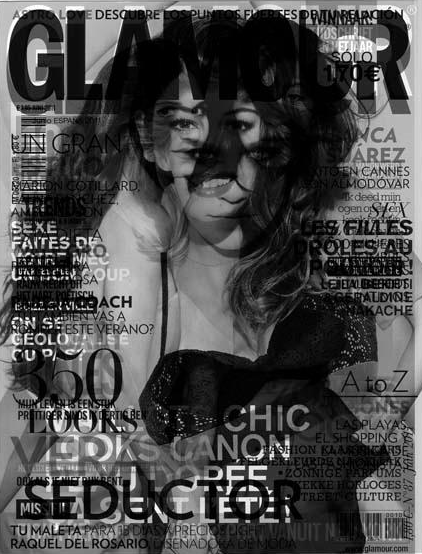 The most prominent procedures in this exhibition are The Vertical Club (1994–present) and the Blackouts (1999–present). The Vertical Club is a group of advertisements cut out of magazines, enlarged by a lithographic press or a digital printer and pasted crudely on a wall. Membership to the club is contingent on Oorebeek’s affections. A candidate must be looking at the camera and be full bodied. The rest of their inclusion and popularity is as unknowable as it is in real life. This is all relatively self-evident until you find a member of The Vertical Club with commentary, provenance, and meta-data superimposed on top of it. Here Oorebeek has blown up pages from his own book The Vertikal Klub, in a kind of wry and absurd cannibalism.

Nearly the rest of the exhibition was made by Oorbeek on a small, lithographic press in his garage. Over the years, he has printed images until they vanish, sublimating a number of state portraits, anonymous smiling women, tabloid magazines, and artistic icons in black lithographic ink, which to him seems like some kind of peculiar miracle that he needs to have again and again. He calls them Blackouts. One print modifies the previous in an unending, baffling chain which never seems to finish. The selections for what to print upon are light and heavy, deeply footed in my consciousness and totally forgettable, tastefully chosen and of low circumstances. Whatever the images were, however fast they were supposed to move (all images come with different velocity), and for however long they were intended to circulate (all images have a cultural shelf life), the black slows them to a crawl, elegizing something, though I’m not sure what. These works make me stand in awe not of capitalism, but of ordinary, everyday dread. I am dragged into the wake of the Blackouts’ inertia and put in mind of the famous scientific thought experiment known as Schrödinger’s cat: an animal that, by logical necessity of a quantum theory, is both dead and alive.

Looking at any of Oorebeek’s work feels like both an autopsy and a resurrection. It makes me feel at once smugly in the know and helplessly dumb. That’s because Oorebeek is emphatically unclear. Most difficult is the fact that while his work makes good on the claim to spur one’s consciousness of how, and to what ends, representations affect us, they also demonstrate the limits of critical knowingness as an artistic strategy, mocking the brainy mood in art fronted—rather than followed—by critical talking points. Oorebeek is a philosophical artist, not a philosopher of art.

One thing I am certain of is that the work asks us to contemplate the faltering state of the handmade in an age of costless technologies and relatively frictionless production. Oorebeek is a philosophical skeptic: Though never detectably cynical, he appears to be making elegant sport of something like what Matthew Arnold heard, on Dover Beach, as the “melancholy, long, withdrawing roar” of perishing traditions. Is he nostalgic? I don’t think so. By making an archaic technology like a lithography stone do the simplest thing, print black, Oorebeek addresses the historic task, urgent in art today, of coming to sensible and sensitive terms with the juggernaut of the digital and its almost endless remediation. His tools are old, but the questions couldn’t be more in the mouth of the present: What if an image, instead of being dispersed and reproduced, is uselessly immobile? Is there room for a negative dialectic? How do we set up a disaffirming relationship to productivity?

My questions are industrial sized and perhaps overbearing. Oorebeek’s are more human. “Why have you invited me?” is his perennial favorite. A number of forces acted upon me, but it was not until viewing his work on my computer that I wrote him a fan’s kind of email. Now, this shouldn’t compel anybody to make an exhibition, and it probably didn’t, but it did affect me. His JPGs had arrived on my computer without the soft exhausted sound of acquiescence. The Blackouts didn’t show up at all. Their ambience understimulated the camera. The results were little black rectangles whose pixels revealed nothing but their demand for a ritual of physical attention. And the members of The Vertical Club were insistently extroverted, as if they were meant to be viewed only by the camera. They lived for the attention of the camera. They turned to it as plants do the sun. Here were images that don’t reproduce and images that can’t stop reproducing. In either case, Oorebeek understands that his work lives among surfaces, and that the true art of its livelihood is to skate well on them or not skate at all.

What did compel me is the fact that I am still tied to the ritual of viewing art in person and yet I am also annoyed by the enduring assumption that reproduction is the worst fate for any work of art, despite the fact that it is the fate, to varying degrees, of all works of art. With Oorebeek, I found someone who has devoted himself to this very predicament. But instead of either giving up or selling out, Oorebeek, like more and more artists, made a game of it. The fact that all art gets funneled into digital loam is a plight for some artists. For others it is a truism or even an ecstasy, but more than ever, artists are conscious of how distribution or a market of reproduction and exposure can be the chief material of their art. I don’t know when this consciousness came into being, but with the facts of today’s market and technology, this consciousness has become more acute. I’m not certain what the repercussions of all this are. I have to take a breath. I don’t like to plunge into water I haven’t checked the depth of. I think it will be some time before we really hit the weeds at the bottom of the pond. 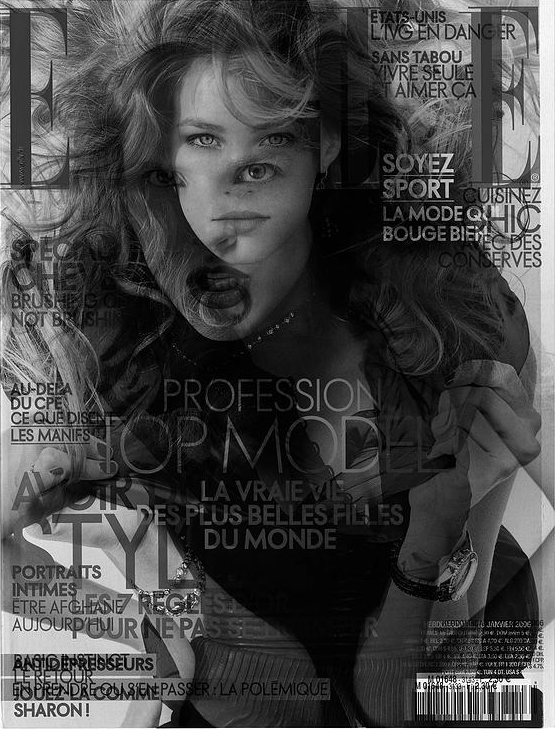 Often when we speak of the allegories of mass production and constant circulation, we leave out the performance of the image in real time—the fact that repetition, in fact, induces a kind of liveness which is linked to the physiology of us having to look over and over again at the “same” image. When you repeat something, what you’re saying is that the content of that image is less important than its enunciation. So how do you make that point? It’s through forms of repetition and reenactment. So much of the discourse around serial or appropriation-based art has to do with Walter Benjamin’s idea that repetition depletes the aura of a work of art. Whereas, in many ways, repetition creates aura through accumulation or saturation.

To engage the issue of accumulation, speed, and visibility, as all Oorebeek’s images variously do—some concentratedly, some symbolically, some peripherally, some only as a small, bright detail by which to flesh themselves up out of dim abstraction—is to put into play many of those provident concerns we have about the malaise of the times, our quick cultural consumption, and the violent market of art. But to theorize about this is perhaps to miss the grainy, unexpected bits and to take oneself only part way around the experience. This work has plenty to tell us about images and their stamp on us, but would mean nothing if it weren’t for the real mystery and mourning they welcome. Over the past year, I have come to understand how his images live two lives: one is an open life of analysis, seen and known by all who care to know, full of relative effectiveness and of relative falsehood, and another life running its course in secret. And through some strange, perhaps accidental conjunction of circumstances, everything that is essential, of interest, and of value to Oorebeek, everything in which he is sincere and does not deceive himself, everything that makes the kernel of these images’ life, is hidden from him.