Winter in Wartime “at home cinema” 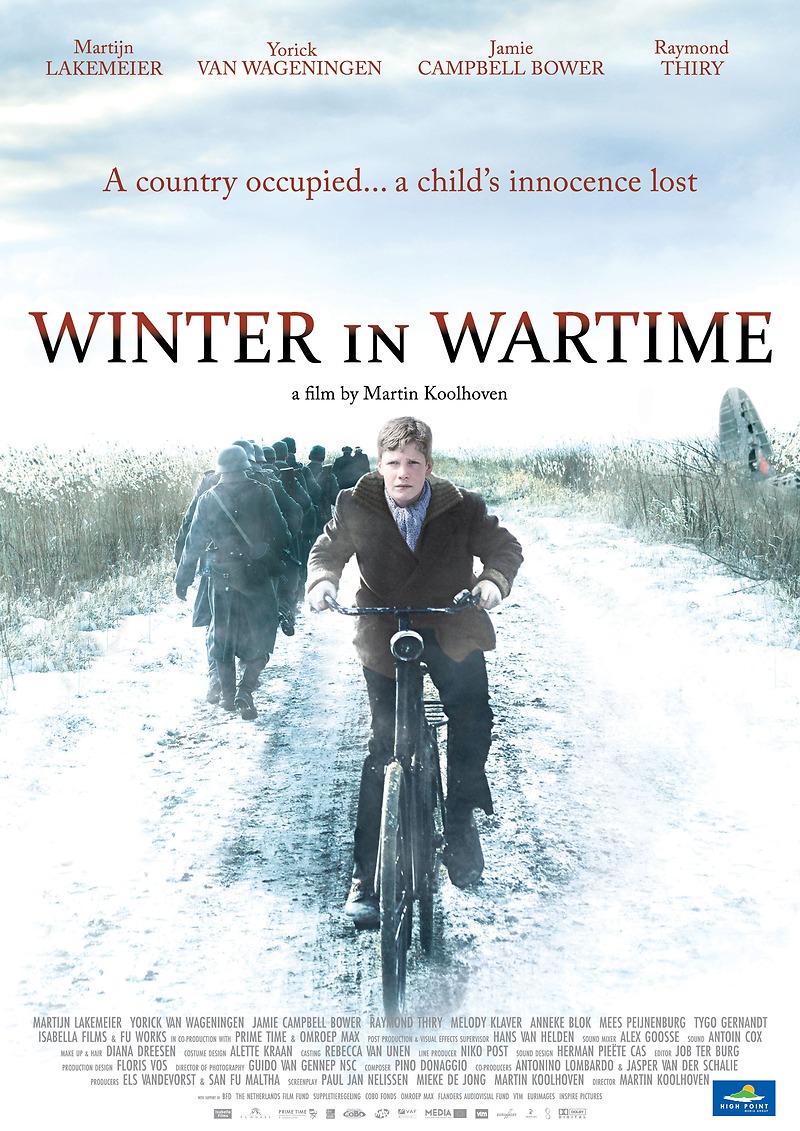 Watch the book-to-film adaptation Winter in Wartime from home between May 2-5 using RSVP link:
https://www.eventbrite.com/e/winter-in-wartime-film-screening-from-home-tickets-103956292068

This year the Netherlands commemorates the end of World War II and we celebrate 75 years of freedom. We pause to reflect on how our allies, including many Americans, made great sacrifices to liberate us from Nazi occupation. We express our eternal gratitude and celebrate the fact that, since 1945, we have been living again in freedom. We also realize that we all share the responsibility of passing on that freedom to future generations. Our Embassy in Washington, DC dedicated a special page to the special events commemorating the end of World War II: http://nlintheusa.com/75-years-of-freedom/

The publication of children’s book and bestseller Winter in Wartime by the New York Review of Books coincides with the commemoration of the end of World War II and therefore we would like to involve our younger audiences by offering a reading and film tip of Winter in Wartime with the exclusive opportunity to enjoy the movie from home between May 2nd and May 5th.

In 1973 Jan Terlouw wrote his bestseller “Winter in Wartime” (“Oorlogswinter”). Winter in Wartime is a fast-paced and exciting novel, which has never been out of print in the Netherlands since it was first published, nearly fifty years ago. This year the book has been published for the first time in the United States by the New York Review of Books, in a translation by Laura Watkinson. You can find out where to order the book here: https://www.nyrb.com/products/winter-in-wartime?variant=28708685021236

It’s the winter of 1944-45, and Michiel’s country has been at war since he was eleven. Now he’s fifteen, and his country is under Nazi occupation, including the town where Michiel lives and where his father is the mayor. No longer able to attend school, Michiel spends his days running urgent errands on his bicycle, avoiding Allied bombers and German soldiers alike. Then one day, his friendship with Dirk, the neighbor’s older son and a member of the secret underground, involves him in the care of a wounded British pilot. When a German soldier is found murdered and the townspeople are blamed for his death, Michiel’s already-risky mission turns life-threatening.

Based on the author’s own boyhood in wartime Holland, the action and adventure of Michiel’s mission makes for a gripping read, while the anguish of his experience underscores the ultimate anti-war tenor of the novel.

In 2011, director Martin Koolhoven made a book-to-film adaptation of Winter in Wartime, which has been screened in the United States to positive reviews:

“A rustic blue-gray landscape of woods and snow-covered roads through which armed German soldiers roam in trucks. This handsome film, set in a village in the Nazi-occupied Netherlands and shot in Lithuania, is an adaptation of a semiautobiographical 1972 novel by the Dutch author Jan Terlouw, who lived under German occupation for five years.” (New York Times)

This coming-of-age story, set in 1945, contemplates the fog of war and the mysteries of adult life through the eyes of Michiel (Martijn Lakemeier), the 13-year-old son of the town’s stoic mayor, Johan van Beusekom (Raymond Thiry).

The movie “Winter in Wartime” takes place during the last cold winter of the Second World War in the Netherlands. Suddenly 14-year-old Michiel becomes responsible for the care of a British pilot. This turns out to be more dangerous than he could ever imagine.

In light of the COVID-19 crisis the originally planned physical film screenings can’t take place, therefore we created an exclusive way for children and their parents, to enjoy the film in a home cinema setting, between May 2nd and May 5th.

Watch the book-to-film adaptation Winter in Wartime from home:

You will receive the log in information upon registration to be entered on  the following screening page, on May 1st and the days following: https://seenl.arqive.nl/media/share/f624a896-c5d9-45c7-a298-576c60b2dfd3