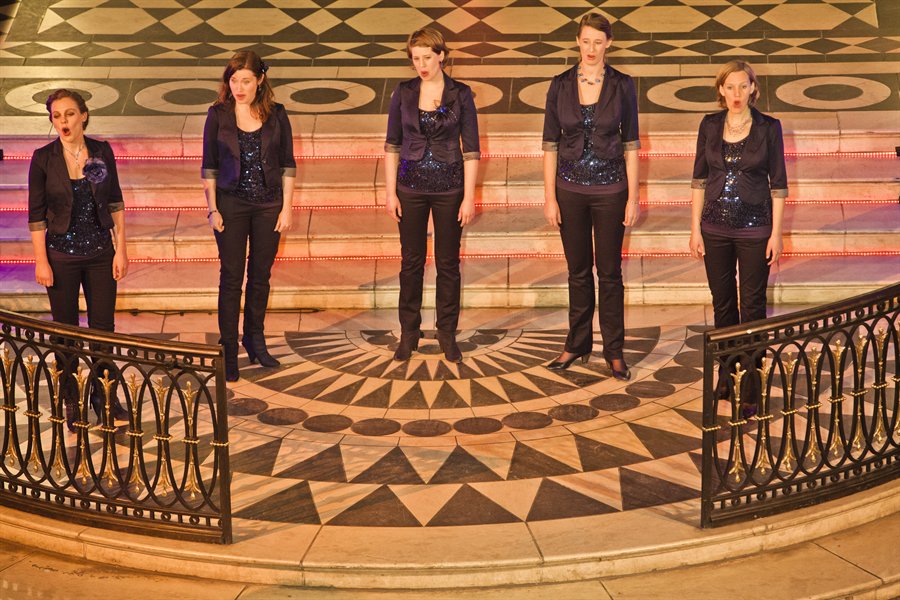 From June 26-30, 2014 the Serenade! - Washington D.C. Choral Festival will take place, where 'Wishful Singing', a top international female a cappella group from the Netherlands, will give their performances.

From June 26-30, 2014 the Serenade! – Washington D.C. Choral Festival will take place, where ‘Wishful Singing‘, a top international female a cappella group from the Netherlands, will give their performances.

The Festival consists of multiple concerts all over the D.C. area that are free and open to the public. Click here to see the events.

Wishful Singing is a top international female a cappella group. The five young singers sing a repertoire from all four corners of the world. Whether it is a modest piece from the Renaissance or a swinging adaptation of a pop classic, Wishful Singing is always convincing with their strong expression and perfect balance. Winning over audiences night after night with their beautiful voices, shared talent for comedy, and excellent sense of theatre, Wishful Singing performs in many major Dutch venues and are on stage annually for concerts and international festivals.  Wishful Singing is also frequently heard live on radio and television. In November 2010, the debut album “New Blue” was released by the Dutch Record Company. Wishful Singing performed at the prestigious City of London Festival in 2012 and has won various national and international prizes and has been on tour to Japan, Spain, France, Germany and Italy, to name a few.