The Festival takes place from October 10th until 14th, and will feature three Dutch female directors 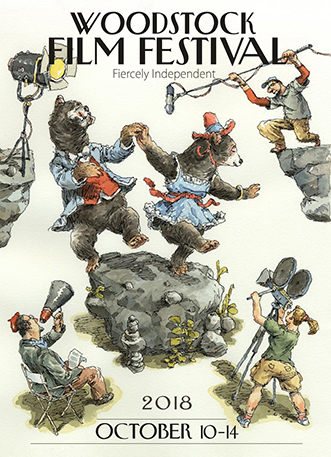 The Woodstock Film Festival is honored to have the return of this year’s Focus on Dutch Cinema, marking it the fourth year of this international treasure. Sponsored by the Netherlands Consulate and in collaboration with Bruce Weiss (Ironworks Productions), the Woodstock Film Festival has programmed three outstanding Dutch films to showcase the vast range of Dutch cinema has to offer.

It is said that true love never dies; you can put out the fire, but not the flame. In Love Revisited, Ton and Fransje, both in their sixties and long divorced, are brought back together by the sudden death of their adult son. Compelled to console one another over the tragedy they share, old feelings are rekindled and before you know it, a love affair rages between them that is as tender as it is uncomfortable. They try to keep their renewed relationship to themselves, but things get complicated once their families become more and more involved. Directed assuredly by one of the Netherlands’ most accomplished female directors, Love Revisited is delivered masterfully and with a lighthearted tone.

From one of Netherlands’ most celebrated female directors comes the story of an eclectic group of middle-aged, former band mates who reunite at a large country house, decades after their band disbanded, to scatter the ashes of their deceased front man on the anniversary of his birthday. As old relationship are quickly revisited and relived, the gathering is interrupted by the arrival of one of the friends’ striking, young, blonde girlfriend. The sharp contrast between those in their fifties and the attending twenty-something-year-olds is palpable as conversations about midlife crisis, addiction, infidelity, and loneliness traverse the generations. Guided by a strong cast, Younger Days is as thoughtful and thought-provoking as it is utterly entertaining. 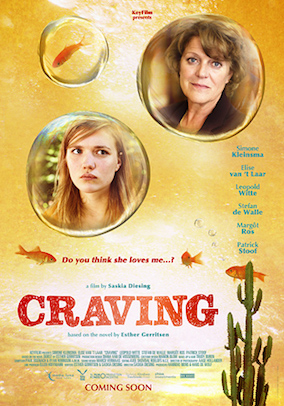 Lovely, young Coco has no idea what to do with her life. Plagued by numerous questions about her childhood, she is desperate for any kind of love. Based on the novel by one of Netherlands’ finest authors, Esther Gerritsen, who collaborated with director Saskia Diesing on the script, it is clear from the start that Coco’s relationship with her mother is strained, and her powerful older lover is rather dispassionate. When she learns her aloof, albeit charming mother is terminally ill, Coco decides to move in and dedicate herself to caring for her even though her mother isn’t interested in having her there. The timeless question of what it means to be ‘family’ anchors Craving, and the three strong lead roles are perfectly cast in this very intimate, personal and lustful black comedy that runs the gamut from hilarious to, at times, outright uncomfortable.

At the Woodstock Film Festival, participants and visitors find themselves in a friendly, casual environment, one that is conducive to creativity, networking and a good time, surrounded by some of the most beautiful landscapes in the world. In addition to drawing sold-out audiences from the 20 million people who live within a two-hour drive, the festival has attracted visitors from all parts of the country and the world. The Festival has a special “Dutch Focus” program, which is why talented Dutch directors are featured annually at the event.