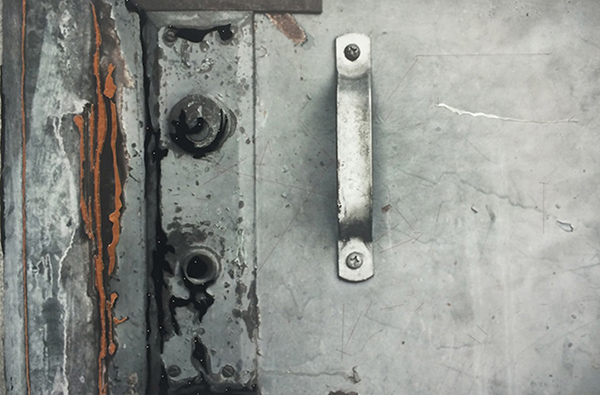 From October 30 until December 19, work of two Dutch Artists will be on view at the Tilton Gallery in NYC

From October 30 until December 19, work of Dutch artists Berend Strik and Henk Peeters will be on view at the Tilton Gallery in NYC.

About Decipher the Artist’s Mind by Berend Strik

Decipher the Artist’s Mind is an ongoing project investigating the studios of international contemporary artists. Visiting the studios of artists in Europe, the United States and Indonesia, Strik has photographed the working spaces of both famous and upcoming painters, sculptors and performers. He explores the idea that the artwork within a studio context and even the studio itself acts as a metaphor for the creative process of the making of a work of art.

This body of work raises a number of questions that revolve around the myth of the artist’s studio, the historically privileged space of artistic creativity. A fascination with artists and their studios is probably as old as the profession itself; the desire to see the “creative genius” at work is a phenomenon of all ages. In the nineteenth century, a new and popular image arose of the artist as a person endowed not only with special talents, but also with a particular temperament and lifestyle, whose work expressed his soul and individuality. One of the consequences of this romantic notion was that not only were the work and the artist seen as one, but the studio too came to be viewed as the mirror and even the embodiment of the artist’s inner self.

Berend Strik was born in Nijmegen, The Netherlands in 1960. He studied art at the Rijksakademie van Beeldende Kunsten in Amsterdam and attended the International Studio Program in New York. He was awarded the Prix de Rome in 1987. Tilton Gallery first showed his work in 1993 and, more recently, in 2005 and 2008. He has had solo exhibitions at the Fries Museum, Leeuwarden, the Netherlands and at galleries including Galerie Fons Welter in Amsterdam, Kabinett in Zurich and Stephane Simoens Contemporary Art in Knokke, Belgium. His work is in the collections of major European institutions such as The Stedelijk Museum, Amsterdam; The Centraal Museum, Utrecht; Museum de Lakenhal, Leiden and Haags Gemeente Museum, S’Gravenhage. The artist lives and works in Amsterdam.

About Henk Peeter’s exhibition in the Tilton Gallery

Henk Peeters (1925 – 2013), a Dutch artist who exhibited worldwide with the Zero group, was an active participant and founder (with Armando and Jan Schoonhoven) of the Dutch Nul (Zero) group within The Netherlands and is known for organizing the historic exhibitions Nul 1962 and Nul 1965 at the Stedelijk Museum, Amsterdam, among others. He created a body of work in keeping with the beliefs of this loosely affiliated group of international artists, but is also remembered as a key organizer of Zero exhibitions, drawing connections between artists, reconstructing lost works and keeping their efforts alive. He was also a writer on the theory of art and a teacher till the end of his life, influencing and inspiring generations of younger artists, among them the Dutch artist Berend Strik, with his use of stitching, importantly executed by people instructed by the artist, but untouched by his own hand. Strik will exhibit new work at the same time at Tilton Gallery.

Peeters’ work is included in the concurrent exhibition, Zero: Countdown to Tomorrow 1950s-60s at the Guggenheim Museum, New York, whose introduction to the show succinctly summarizes Zero group as, “…an international network of like-minded artists from Europe, Japan and North and South America… who shared their aspirations to redefine art in the aftermath of World War II.” Founded in Dusseldorf in 1957 by Otto Piene and Heinz Mack and joined by Gunther Uecker in 1961, “They chose the name, as Piene explained in 1964, to indicate ‘a zone of silence and of pure possibilities for a new beginning….’ ” Zero group did not have a manifesto, nor did they have members; it was not a movement; rather it was an attitude, a vision, and a new approach to natural processes and everyday materials and the exploration of light and space, as well as a rejection of the emotional abstract painting of Tachisme and Art Informel. The many (more than 140 globally) artists associated with Zero group, beside the three mentioned above, also include Lucio Fontana, Yves Klein, and Piero Manzoni. In 1961, Peeters became a work of art himself when Piero Manzoni appointed him as one, signed and certified by the artist. He exchanged artworks with Klein and Fontana and built several “Metamatic” machines for Jean Tingueley.

Peeters’ own work incorporated water, fire and smoke, feathers, stitching and artificial plastics, as represented in the works currently on exhibition at the gallery. For this show, organized with the help of Tijs Visser, founding director of the Zero foundation and initiator of the Guggenheim Zero show, works are brought together that span his concerns. These include an early work of water bags mounted on canvas from 1961, a canvas with a feather boa attached (relating to a motorized feather piece at the Guggenheim) from the 1970s and his first two fire paintings from 1959, as well as one work from 1962 with thread stitched onto the support. These are key examples of his original early works that survived destruction at the end of a solo show in 1966 at Galerie Orez in The Hague, called La derniere exposition (The Last Exhibition) when he proclaimed that “The age of the unique work of art is over….” He felt he could make his own duplicates, and went on to reconstruct many of the destroyed works, dating a stamp on the verso of these with both the date of the ‘original’ and the date of the reconstruction, and accompanying them with a statement saying “This work is an ‘original’ copy made by Henk Peeters after one of his early works.” Two of these ” ‘original’ copies” from 2011 are also on exhibit.

Born in The Hague, The Netherlands, in 1925, Henk Peters lived in Arnhem till his death in 2013. He taught at the Rietveld Art Academy in Arnhem from 1957 till 1972. He exhibited internationally in shows in Germany, Italy, Belgium, England and the United States and his work was exhibited at Galerie Schmela, Dusseldorf. He was given a retrospective in 2012 by the Gemeentemuseum, The Hague and his work is included in numerous museum collections, such as those of the Tate Modern, London and the Neuerburger Museum. This is his first solo exhibition in New York