World theatrical premiere of The New Rijksmuseum, a documentary by Oeke Hoogendijk at Film Forum 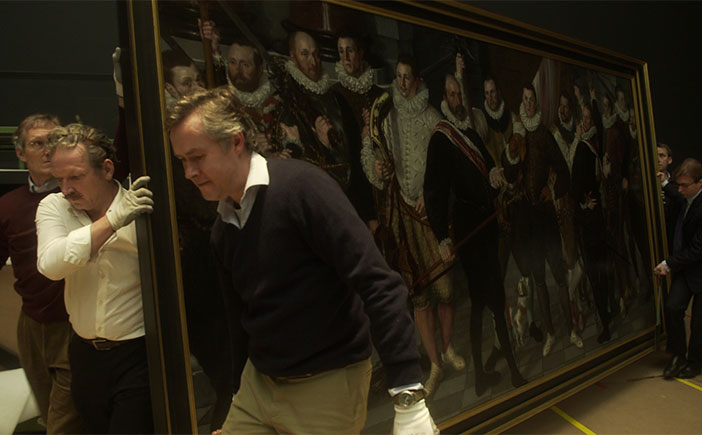 The New Rijksmuseum, a documentary by Oeke Hoogendijk will get its world theatrical premiere at New York's Film Forum on December 18, 2013

If you’ve visited Amsterdam, you’ve probably been to the Rijksmuseum, one of the world’s preeminent art museums — home to masterpieces by Rembrandt and Vermeer — itself a vast, magnificent structure, built in 1895 by architect Pierre Cuypers. The renovation of the museum (it reopened this past April) went on for 10 long, expensive years, so it is fitting that a documentary on this torturous (and often, inadvertently hilarious) process should turn into not one but two feature-length movies: Spanish architects Antonio Cruz and Antonio Ortiz have designed an ingenious new entryway, but the Dutch Cyclists Union won’t tolerate reduced access for the 13,000 bicyclists who ride through the passageway daily. The museum’s magisterial director, Ronald de Leeuw, and his successor, the younger, scrappier Wim Pijbes, battle with curators, politicians, designers, city bureaucrats, and the public as the price of construction soars to $500 million. It’s a messy, complicated story that New Yorkers will relate to, but fortunately, one with a glorious ending.

Tickets available only at box office or on day of show. Please visit Film Forum for tickets.