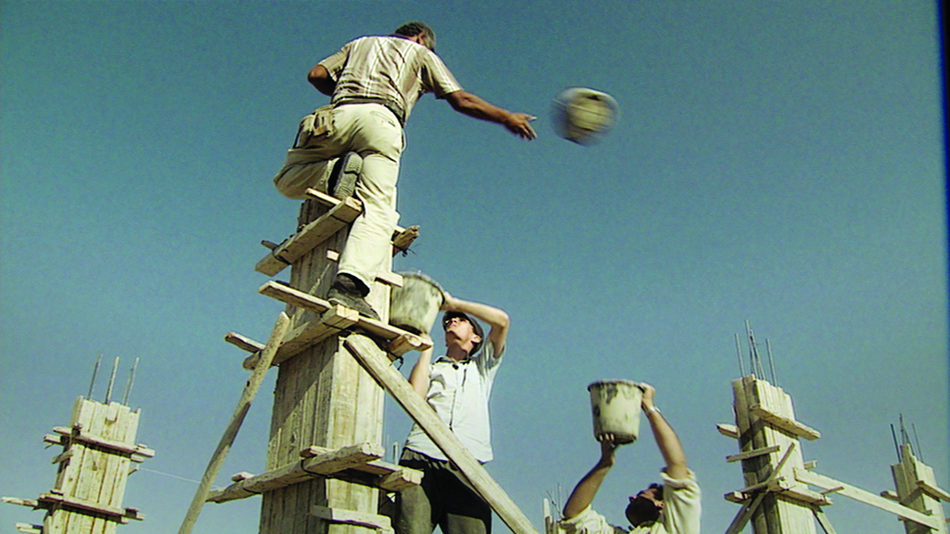 From October 5, 2013 until March 16, 2014 The Carnegie Museum of Art presents the 2013 Carnegie International, including work by Yael Bartana.

From October 5, 2013 until March 16, 2014 The Carnegie Museum of Art presents the 2013 Carnegie International, including work by Yael Bartana. The 2013 Carnegie International presents new voices rooted in history, a sense of place, and play. The exhibition is guided by a shared passion for the individual and the exceptional; for art that celebrates dissonance and beauty; and for artworks that stay in touch with the everyday.

Co-curated by Daniel Baumann, Dan Byers, and Tina Kukielski, the 2013 Carnegie International is a conversation among four parts: a major exhibition of new international art, a playground, the museum’s collection, and an engagement with the city of Pittsburgh.

Exhibition of New International Art
The 2013 Carnegie International brings together 35 artists from 19 countries, including a series of large-scale new commissions—presenting a broad spectrum of artworks, attitudes, and voices. It exposes powerful reinterpretations of the figure as a site of resistance, emancipation, and healing. It confronts everyday existence in all its beauty, imperfection, and confusion. It elucidates how abstraction can be employed as a tool to engage with the world. It makes a claim for the importance of place and reads history against the grain, paying homage to the multiplicities and dissonances that make our world richer and the future more interesting.

Yael Bartana creates videos and installations that critically examine the social, political, and sometimes militaristic rituals of her native Israel as well as cycles of expulsion and return in a broader historical context. She uses the language of documentary and propaganda films to investigate issues of identity and belonging, occupation and dispossession. Bartana studied in Jerusalem at the Bezalel Academy of Arts and Design and in New York at the School of Visual Arts. In 2009, Bartana had a solo exhibition at MoMA PS1 in New York. She has participated twice in the São Paulo Biennial (2010 and 2006), exhibited in Documenta 12 (2007), and represented Poland in the 54th Venice Biennial (2011). She was awarded the prestigious Artes Mundi 4 prize in 2010.

Her video installation Summer Camp (2007)  compresses a two-week-long project of the Israeli Committee Against House Demolitions (ICAHD). It is an annual display of civil disobedience in which a nonsectarian group of volunteers rebuilds the home of a Palestinian family that has been destroyed by the Israeli authorities. This film is followed by an abridged version of Awodah (1935), a black-and-white Zionist epic film produced to encourage European Jews to relocate to pre-State Israel. Combined, these two films suggest the circular nature of history, and the mobility of symbols and rhetoric across time and space.