Yasmijn Karhof will be part of an artist in residence program at Kings County Hospital in Brooklyn from October 2016 until January 2017. The program is an initiative of Beautiful Distress, a Foundation that uses art in an attempt to open up the world of psychiatry and battle the stigma attached to it. Last month, when artist Coco Young was still the artist in residence, the NYC Department of Cultural Affairs Commissioner Tom Finkelpearl and members of his staff visited the hospital to call attention to Kings County’s relationship with the Beautiful Distress foundation, and their sponsorship of the artist in residence program. 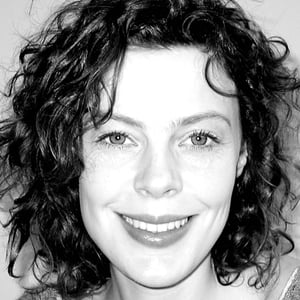 Yasmijn Karhof (1974) lives and works in Amsterdam, The Netherlands. In 2000 she graduated from the Gerrit Rietveld Academy in Amsterdam. Her studies included a stay at The Cooper Union School of Art in New York, and in 2005 she completed her residency at the Rijksakademie, Amsterdam. In 2007 she lived and worked in Japan for six months. As a multimedia artist, she uses photography, film, performance and installations in various combinations. Her films are observations on the way we interpret reality, and on the way our imagination always participates in and mediates this process. Karhof’s work has been exhibited in national and international museums and galleries including ‘Kunstmuseum’ Bonn in Germany, ‘Youkobo Art Space’, Tokyo , ‘A and A gallery’, Osaka, ‘Stedelijk Museum the Hague, ‘Living Art Museum’, Reykjavík, ‘The Fruitmarket Gallery’, Edinburgh, ‘Fons Welters’, Amsterdam and ‘National Museum of Woman in the Arts’ in Washington. Recently her film installation ‘Inner space/Outer space’ was granted the Dutch BNG Workspace award, and her film installation ‘Vessel’ with the Australian Screengrab International New Media Arts Award.

Beautiful Distress was founded on the concept that there is a great deal of mental suffering, that not enough people are aware of this and that too little is done to offer relief. By initiating and developing ideas and projects together with artists, and subsequently sharing them with the public, Beautiful Distress uses art to tell the stories of psychiatry to a large audience that does not come in contact with mental illness or psychiatry on a daily basis. Even though mental illness often evokes negative emotions it is also a source of creativity. By bringing those two worlds together, Beautiful Distress wishes to validate the world and experience  of the mentally ill. Beautiful Distress distinguishes itself from existing mental health support organisations because it does not focus on providing information on illnesses, advice or treatment. Our goal is public awareness: garner attention with and through art that leads to a more positive image and acceptance.