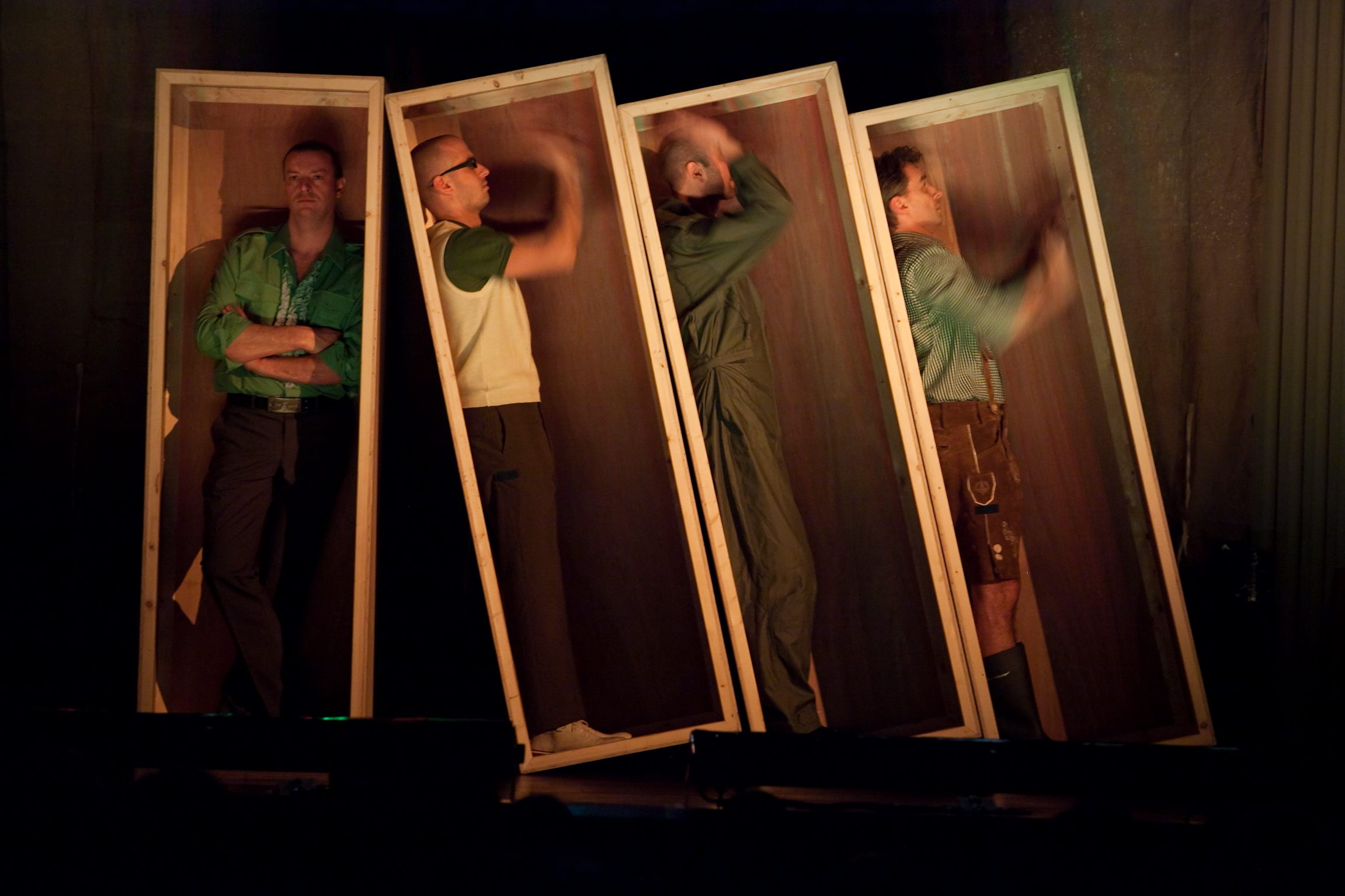 From January 21 – January 24 the annual International Performing Arts for Youth (IPAY) Showcase 2015 takes place in Philadelphia. This year The Netherlands is represented greatly with showcases by three participating Dutch groups: Oorkaan/Percossa with ‘The Box Brothers’, Theatergroep Kwatta with ‘Love That Dog’ and Etienne Borgers with ‘Mister Mølsk’ (see overview below). Dutch Culture USA will be present at IPAY 2015 to attend the showcases, to network and to put the spotlight on theatre for young audiences in the Netherlands and Flanders.

Once upon a time there were four brothers who lived in a box, together with their best friend Big Drum. Their names were Oldest, Middlemost, Youngest and Simpleton. One day they set out on a quest for happiness, the start of an exciting musical adventure. The Box Brothers is an energetic, acrobatic and funny music performance with lots of percussion, performed by four percussionists. The story is being told by the music and movements of the musicians, and is almost without words. The four wooden boxes of the set can be any object in the story and… percussion instruments.

Jack hates poetry. Only girls write it and every time he tries to, his brain feels empty. But his teacher, Ms. Stretchberry, won’t stop giving her class poetry assignments – and Jack can’t avoid them. But then something amazing happens. The more he writes, the more he learns he does have something to say.

With a fresh and deceptively simple style, acclaimed author Sharon Creech tells a story with enormous heart. Written as a series of free-verse poems from Jack’s point of view, Love That Dog shows how one boy finds his own voice with the help of a teacher, a writer, a pencil, some yellow paper, and of course, a dog.

What’s the difference between a howling dog, a howling wind and a howling baby? Mister Mølsk has no idea, since he never paid attention. Not to people, not to animals and above all not to nature. Then he accidentally disturbs the Museum of Sound. For the first time in his life Mister Mølsk uses his ears and discovers a world which he didn’t know existed. Guided by sound and music he makes a wonderful journey. Mister Mølsk is a musical ode to the imagination. Poetic and brave for children upper 4, everywhere in the world. Mister Mølsk is a co production with Nordland Visual Theatre (NO).

About IPAY and Showcase

The first annual Showcase was held in Evanston, Illinois in March 1979. Building on that success, it was determined that Showcase would move to a new site each year to better serve the regions. Showcases have since then been hosted by organizations and performing arts centers throughout North America.

The annual Showcase (which includes performances, exhibits, networking opportunities, and more recently a pre-conference seminar) has attracted major companies, artists, and programmers who serve young audiences. Throughout the four-day event, these professionals share resources and view performances of national and international performing artists who have been selected through a rigorous jury process conducted by an international selection committee. The exhibit area provides display information and video material on touring productions. As an educational service to the field, the conference offers a series of panel discussions on current issues and trends. Approximately 300 people register for the conference each year, representing geographic, cultural, and aesthetic diversity.

The Showcase is designed to encourage dialogue about the creation and presentation of that work among artists and presenters whose lives are devoted to the impact of this work.